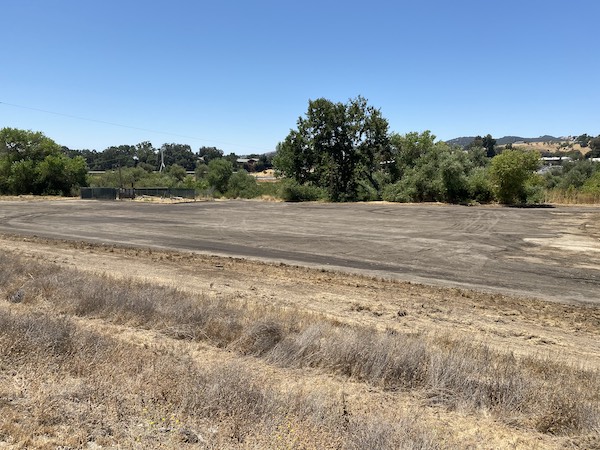 Borkey Flats, about one mile north of 24th Street.

–The City of Paso Robles is building a temporary tent camp to accommodate transients that are currently living in the Salinas riverbed. Last week, several bulldozers cleared land between North River Road and the riverbed in the area of Borkey Flats, about one mile north of 24th Street.

Several weeks ago, a fire in the riverbed moved up onto the hills overlooking the riverbed. It burned two houses and several outbuildings. Police evacuated dozens of homes off Creston Road which they feared might be in the path of that wildfire. 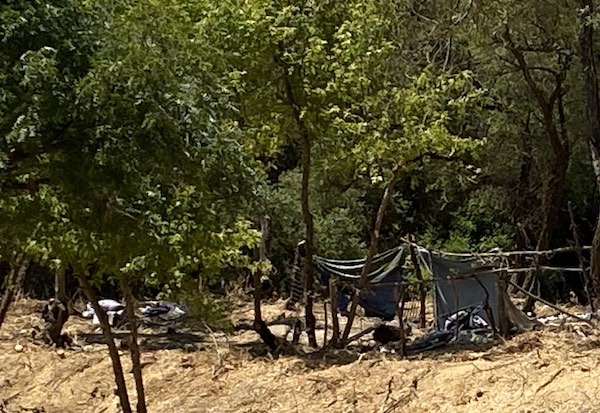 Homeless camps in the Salinas Riverbed.

The grading was done last week at the new temporary tent camp along North River Road. Some asphalt has been poured for the parking area. If you drive North River Road north of 24th Street, you can see the camp easily from the roadway.

Paso Robles Fire Chief Jonathon Stronetta said he expects the camp will be completed this week. The development of the tent camp will cost the city about $20,000. Stornetta said he believes it will cost between $20,000-$40,000 per month to operate that facility.