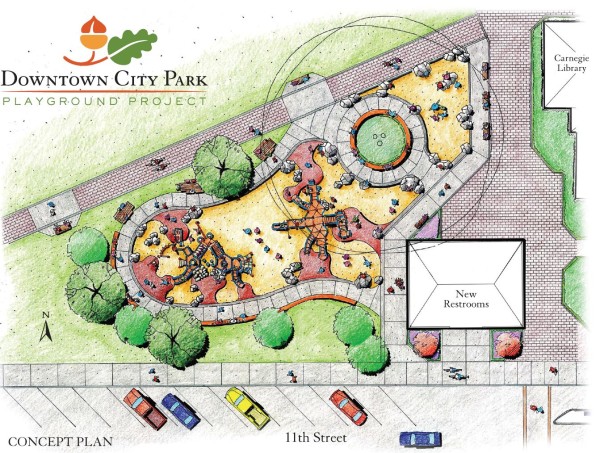 Design of the new Downtown City Park Playground. Art from the REC Foundation.

Locals are raising $350,000 for a new downtown City Park playground 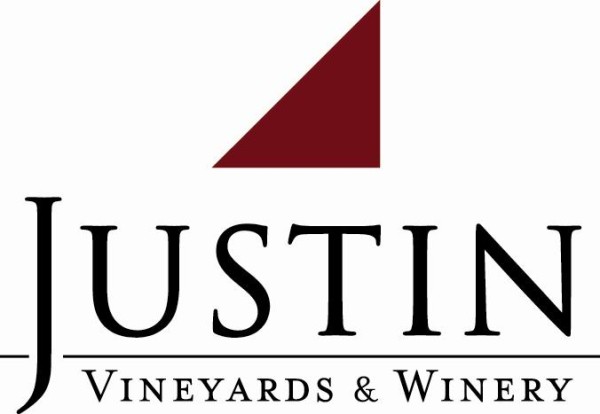 This $10,000 commitment is the largest donation to date for this fundraising project that began April 2013. The campaign seeks to raise $350,000 to finance the renovation of the Paso Robles Downtown City Park playground.

The Downtown City Park Playground Project seeks to update older play equipment, reformat the flow of the play area within the same footprint of the existing space, and create a more fun and safe environment while incorporating current code and ADA standards. Initial outreach has focused on corporations and individuals that share the ultimate goal of bringing the antiquated play equipment in the downtown park to current ADA, safety and play standards.

Construction funds are currently being raised through grants, private donations and fund-raising events such as the successful summertime series “Concerts in the Park.”

“We are excited to have Justin Vineyards & Winery join our effort to revitalize the playground in the Downtown City Park,” said Chris Taranto, Chairman of the Paso Robles Recreation Advisory Committee. “Justin Vineyards & Winery have a strong history of giving back to the community and we hope this inspires other successful businesses in the region to support the Downtown City Park Playground Project as well.”

The projected cost is estimated at $350,000 with $60,000 currently raised through initial outreach and REC Foundation fund allocation. IQMS is the first local corporation to dedicate funds, $5,000, to this project that will breathe new life into Paso Robles’ marquee gathering place.

The campaign features seven different sponsorship levels ranging from $25 – $25,000. Each level comes with varying degrees of recognition and benefits spanning from listings in printed collateral to formal plaques prominently featured within the renovated playground. Additional information about the campaign can be found at www.recfoundation.com, including an illustrated concept plan donated by Brandon Medeiros, a licensed Landscape Architect for RICK Engineering Company and REC Foundation President.

REC Foundation, which stands for “Recreation Enhances Community,” formed in 1999 and formally became a non-profit foundation in February 2000. The non-profit group consists of 13 members and six honorary members. The REC Foundation is committed to creating enhanced programs, places, and open spaces for quality recreational experiences in Paso Robles.