Opinion: Why did Pearl Harbor happen? 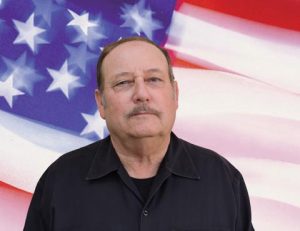 Al Fonzi is a retired Army officer with over 35 years of military service who serves as the President of the Atascadero Veterans Memorial Foundation and is the current Chairman of the San Luis Obispo County Republican Party.

Dec. 7 marks the 75th anniversary of the Japanese surprise attack upon Pearl Harbor, Dec. 7, 1941 on the island of Oahu in what is now the State of Hawaii. Veterans of that era and especially those who survived the early Sunday morning attack often refer to it as a “sneak attack” rather than a “surprise attack.” The Japanese were in the midst of peace negotiations in Washington, lulling America into complacency. (Our Atascadero Veterans of Foreign Wars Post 2814 conducted a memorial ceremony commemorating the attack on Sat., Dec. 3 at 11 a.m. at the Faces of Freedom Veterans Memorial adjacent to Atascadero Lake Park.)

Our own prejudices influenced our intelligence analysis about Japanese capabilities and intentions, expecting a Japanese attack against British and Dutch holdings in Indonesia to seize oil and other resources. We believed that Japan lacked the capability to directly attack American military forces and that if they did the Japanese would be quickly routed, America victorious. We believed it was “illogical” for Japan to start a war with America, knowing it couldn’t possibly win. An attack upon Pearl Harbor using Torpedo Planes was deemed impossible; the harbor was too shallow for torpedoes and our reconnaissance aircraft would detect any Japanese fleet long before they got close to Hawaii. We were wrong.

Military analysts had postulated a potential attack upon Pearl Harbor and laid out a scenario that eerily foretold the actual attack that occurred. This scenario and subsequent war games occurred a decade before the Dec. 7 attack. Its results were dismissed by senior military officers for the reasons cited above even though just a year before, the British had successfully executed a similar attack against the Italian Fleet based in Taranto, Italy, crippling the Italian Navy in the Mediterranean. Despite mounting evidence of impending Japanese military aggression in the Pacific we were blinded by our own prejudice.

The Japanese Imperial Navy planned the attack for nearly a year with detailed mock-ups of Pearl Harbor used to train the actual aircrews used to launch the attack. Aware of the difficulties of using aerial torpedoes in Pearl Harbor the Japanese solved the technical problem of launching torpedoes by aircraft in shallow waters. They also had a fighter, the Zero that could outmaneuver any fighter in the American inventory. Our analysts disbelieved reports about the Zero’s capabilities until American pilots who survived being shot down confirmed its lethality. Japan had a torpedo, the “Long Lance” with a range of 20 miles and a warhead nearly twice as powerful as ours, which we discovered in Pacific combat were defective. They’d never been tested under field conditions by the Bureau of Ordnance due to budget constraints.

Why did Japan attack us on that morning? In Asia, WWII didn’t start in 1941 but in 1931 when the Japanese Imperial Army invaded the Chinese province of Manchuria without authorization from their weak civilian government. Japan was a semi-feudal state governed by a warrior caste, officers imbued with the warrior ethos of ancient Samurai Warriors. They held democracy and civilian authority in contempt, conducting assassination campaigns against any civilian official opposing military policies or authority.

The Japanese occupation of Manchuria was brutal as was the Japanese soldier in the field. They observed no rules of war and routinely killed civilians. Entire cities were massacred without regard to age, sex or infirmity. The League of Nations condemned Japanese aggression only to have Japan walk out of the League. The west, especially the United States, imposed economic sanctions on Japan, straining relations. Aggravating the situation and American ability to curb Japanese aggression was the result of the Washington Naval Treaty of 1922 effectively granting Japan naval superiority in the Pacific; more American and British major warships were scrapped than were lost in WWI. Our focus was upon Europe, again thinking Japan would never pose a significant military threat.

In 1937 the Japanese Army launched a full-scale war against China, routinely massacring civilians, burning, raping and pillaging as they conquered territory. In Nanking, a cosmopolitan Chinese city, the Japanese 24th Division murdered over 200,000 civilians, raping over 40,000 Chinese women and girls as young as five over a six week period. They used captives for bayonet practice and “blooded” new recruits by having them bayonet to death a prisoner to culminate their training. Chinese villagers were subjected to biological warfare experiments by Unit 731, a secret Japanese biological weapons unit that killed an estimated 200,000 Chinese villagers and allied POWs.

As Japan’s aggression increased, President Roosevelt imposed severe economic sanctions including a total embargo on oil. Japan’s economy was collapsing without oil and could survive but another six months. Accordingly, instead of choosing peace and withdrawing from China, Japan chose war with America and awoke a “sleeping tiger” that utterly destroyed Japan’s military machine, forcing Japan to unconditionally surrender on September 2, 1945.

On December 7, 1941, a sleepy Sunday morning, using a force of six aircraft carriers, the Japanese Navy launched a surprise attack against Pearl Harbor. The attack killed over 2700 Americans, over 1100 on the Battleship Arizona alone when it exploded. The Battleship Oklahoma capsized, trapping hundreds of men below. Rescuers attempted to cut through the hull to free trapped men but so much fuel was released from damaged ships that fire and explosions forced them to abandon their efforts. 421 men died on the Oklahoma, many of whom died of suffocation days, even weeks after the attack on December 7th. Lest we forget, honor their memory.

For an alternative perspective on Pearl Harbor:

Opinion: We were not the enemy, professor emeritus recalls