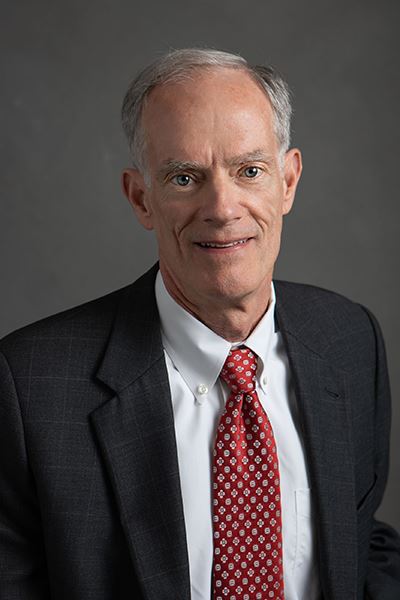 City manager praised for his service over past five years, last day is Feb. 3

Mayor Steve Martin commended Frutchey’s leadership of the city over the last five years, remembering that he invested time to learn much about the city before interviewing for the job, demonstrating a true interest in and commitment to the community. He also lauded the way that Frutchey personally conducts an oath of office not only for elected officials starting with the city, but for each city employee when they start or are promoted, instilling the importance of their commitment to public service. “City council and staff wish Frutchey the best in his well-earned retirement after his decades of public service,” the city said in a statement.

Mayor Pro Tem Steve Gregory said, “Tom Frutchey has worked for the City of Paso Robles for the past five years and done a great job for the citizens of Paso Robles. He has an amazing work ethic and has helped our city complete many projects and goals. He is very fiscally competent and has helped to keep our reserves at a very safe level. We now have an airport that is completely finished on the utility needs to fully expand our available leasable areas. We are completing Dry Creek Road and repairing Jardine road as well.”

“Our Community Development Department is arguably the best in the county,” Gregory says. “We have the finest fire and police chiefs and their departments in the county. Our water services and wastewater departments are also arguably also the best in the county winning countless accolades. Our library and all other departments are performing well. Tom has been very good at communication with our county and neighboring cities. He worked diligently with all of our county city managers to help get funding to assist with the Diablo closure. He is also very capable at negotiating and coming to agreements on the various levels of contracts on behalf of the city.”

“Tom helped us steward and keep all of the 1/2-cent Supplemental Tax Funds spent on our roads and streets. And now with Measure J20 being approved by the voters, Tom is passing along the stewardship of these funds to a new city manager to implement the spending as directed from our community and council towards police, fire and roads. Most importantly Tom is leaving our city in better condition than when he arrived. This is part of every oath of office he himself gives to every new employee that has come on board under his management. I would like to personally thank Tom for dedicating his efforts for the last five years towards helping Paso Robles maintain and improve our city that we all love and care so much about. Tom, we wish you well and thank you for your service to our town.”

Councilman Fred Strong said, “City Manager Frutchey has brought some out of the box innovations for difficulties we’ve faced in recent times. Many of them have been financially neutral or relatively inexpensive. His points of view have been helpful in resolving many difficult decisions. The experience he brought with him contained a different point of view for Paso Robles. He will be hard to replace.”

Councilman John Hamon said, “I was surprised at his resignation however as I recalled during his hiring interviews five years ago that he would commit at least five years to the city. He is an extremely experienced manager. He also has an extremely high personal work ethic and expected his staff to earn their taxpayer-funded salaries every day.”

During his five years with the City of Paso Robles, Frutchey led the city government as Paso Robles was coming out of the Great Recession, experiencing tourism growth, implementing significant street repair and maintenance work, and most recently, responding to the COVID-19 pandemic. In a statement, the city highlighted many changes and projects he has overseen during his tenure:

On announcing his retirement, Frutchey said that with the passage of Measure J-20, the likely multi-year impacts of the COVID-19 pandemic, and the imminent start of next year’s budget development process, this feels like the most appropriate time to transfer leadership of the organization to the next generation. He said he believes “the individuals and generations who will be most impacted by the budget decision process should be in charge of making those decisions”.

Prior to coming to Paso Robles, Frutchey was the city manager of Pacific Grove, Los Altos Hills, Campbell, and Oxnard, and general manager of Hollister Ranch. He also spent time in the private sector, having been the president of Borla Performance, a manufacturing company, and the vice president of a utility services company. Frutchey has a Master’s Degree in Public Policy from UC Berkeley and a Bachelor’s Degree in Government from Dartmouth College. He is a father, grandfather, and avid road cyclist.

Frutchey thanked the city council for the opportunity they provided him and praised their “ability to bring divergent perspectives to every issue and to always work collaboratively and respectfully to find a way to merge those perspectives in crafting decisions that are best for the entire community.” He also communicated his utmost respect and fondness for the city staff with whom he has worked, as they are truly committed to “leaving the city a greater and better place than it was when it was entrusted to them.”

The city council will be determining its next steps in the days and weeks to come.

Editor’s note: This story was updated on Nov. 19 to include additional comments from city councilmen. In 2016, the Paso Robles Daily News did a Q&A with the city manager, click here to read it.