PASO ROBLES – As a full moon loomed overhead, the players on the Paso Robles High School varsity football team had one thing on their minds Friday night – to earn a victory over Madera and advance to 2-1 on the season. And that’s exactly what the Bearcats did as they tamed the visiting Coyotes, 34-16, before their home crowd at War Memorial Stadium.

“Offensively, we got off to a good, early start,” PRHS head varsity football coach Rich Schimke said. “Our defense struggled a bit in the first half, but after the half  they came out and played a great game.”

With Gunnar Griffin as the quarterback, the Bearcats jumped out to an early 7-0 lead when Nathaniel Harris scored his first of three touchdowns of the evening and Bryce Pasky added the PAT with 7:42 remaining in the first quarter. Before the end of the quarter, Harris added his second touchdown and Madera responded with a field goal as the Bearcats held a 13-3 lead going into the second quarter.

Madera’s Nathaniel Nelson carried the ball in for a touchdown at the top of the second quarter and, despite coming close to scoring again, the Bearcats were unable to add points to the board before the half as they led the Coyotes, 13-10 going into halftime.

The third quarter kicked off with Griffin completing a pass to Bailey Gaither in the end zone. Gaither had three receptions for a total 54 yards Friday night. Pasky added the PAT and the Bearcats strengthened their lead to 20-10 over the Coyotes.

Harris scored again at the top of the fourth quarter as the Paso Robles football players sped past Madera, 27-10. Harris rushed for a total of 210 yards on 39 carries for the Bearcats.

Following Harris’ touchdown run, and after a stellar interception by Ty Jones on the Bearcats’ 30-yard line good for a first down, Harris and Jimmy Pacheco traded gaining yards. With 3:27 remaining in the game, Pacheco scored a 3-yard touchdown as Paso led Madera, 34-10.

The Coyotes responded by adding another touchdown of their own at the 55 second mark, but it was not enough to catch the Bearcats as Paso sealed the 34-16 victory over Madera and advanced to 2-1 on the season.

Griffin shared quarterback duties with Justin Davis and was 9 of 17 for a total 81 yards.

“We are familiar with the teams Righetti has played so far this season and they are going to be a tough opponent,” Schimke said. “They are well-coached and we look forward to a fun game.”

Photos below by Meagan Friberg. For more photos from the Paso vs. Madera game from Jennifer Railsback, visit https://www.facebook.com/2013PrhsVarsityBearcatFootball 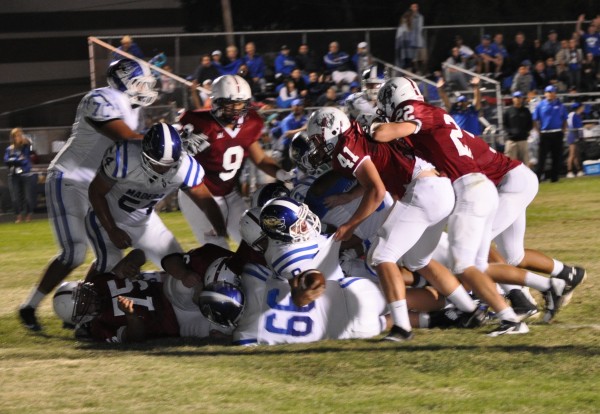 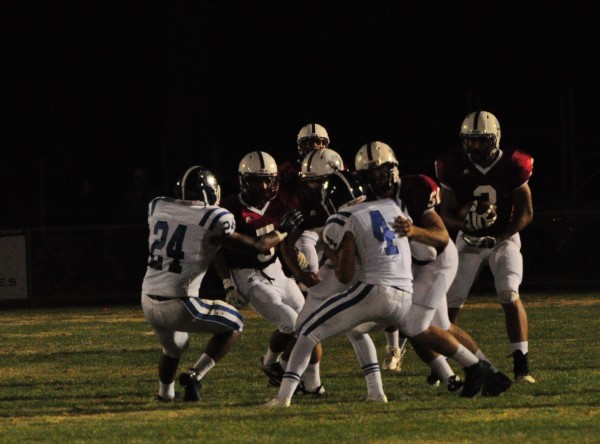 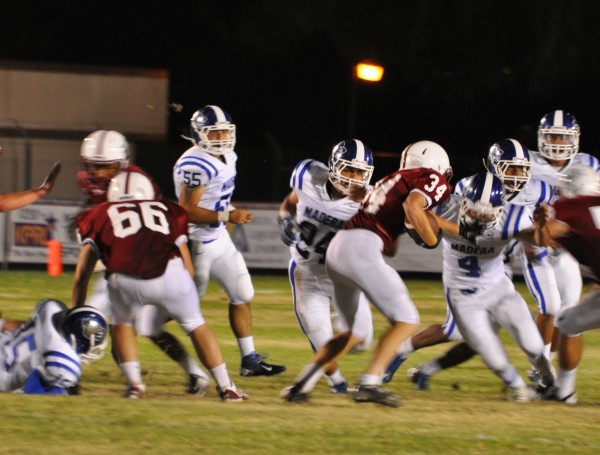 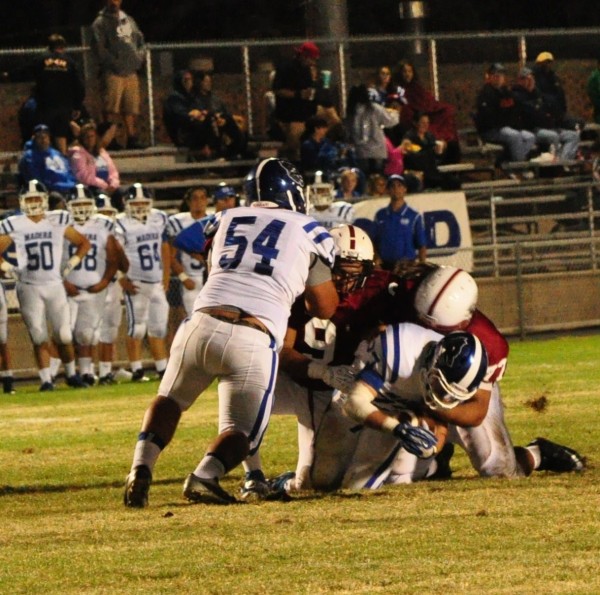