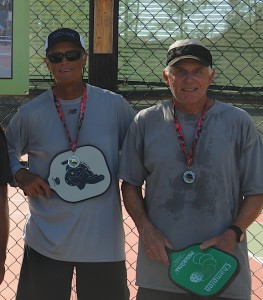 Hodges, a USA Pickleball Association Ambassador and founder of the Paso Robles Pickleball, earned a bronze medal in the men’s 65-69 singles competition after beating the No. 1-seeded player in a second-round match before losing to the same player in the medal round.

“I was the only member of our club to play in the tournament, but am hoping that I can get more of our players ready for upcoming tournaments – they are close,” Hodges said.

Held this year in Escondido, the California State Senior Games is a large event featuring different sports being played at different venues within the state. It is also a qualifier for the National Senior Games played around the country, which was held this past year in Cleveland and next summer in Minneapolis.