Tower is bringing actors and crew to Paso Robles this week. He has invited locals to play extras in the trailer he’s filming. “Paso” is about intersecting lives at a winery located in the heart of California’s Central Coast. It’s an “hour long drama pilot I wrote featuring my hometown of Paso Robles, California as a main character,” he says.

“I want people to tune into a show that transports them to another world and at the same time relates to their everyday struggles,” Tower says. “For those of us who have lived in Paso we know how special the region is. Great food. Great wine. Great passion.”

Tower initially sought funding on Kickstarter.com and later decided to fund the pilot episode on his own.

“Welcome to Wine Country. It’s a place where people count time by the seasons. And where life can change in an instant. It’s those moments that define us. And we struggle against that. Like vines desperate for water we burrow down. In search of… water.” – Character Will Hearst in the trailer.

The characters in the story come from varying backgrounds but all have one thing in common: They are seeking a second chance.

The center of the story is Will Hearst who arrives back home after serving a prison term for manslaughter. Viticulture runs deep in his families history and Will has a gift for vino. He possesses that magic of knowing just when to pick a grape and how to cultivate it into a layered, distinguished bottle.

Carnegie is the owner of the winery where Will wants a job. He’s already failed in Napa, but managed to create one of the decades great wines in the process. He came to Paso with his young, beautiful daughter Meghann to start over.

Meghann Greylag is a young woman just discovering herself and her sexuality. She approaches life with curiosity. Meghann has also managed to entice both Will and his cousin / best friend Cal.

Pia is Will’s opposite and his antagonist. She’s a confident professional. A little buttoned up, but has a wild side that she tries to keep hidden.

Alice is a movie star whose career is on the skids and comes to Paso with change on her mind. While waiting for her next big movie she decides to invest in a winery and recruit Pia to act as her proxy.

About Jason Tower in his own words 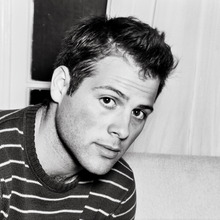 When I first moved to Los Angeles I settled into an affluent neighborhood on the west side by the good graces of a former television writer and producer who was selling her house.

In the mornings I would run the neighborhood looking for “Hollywood Reporters” that I could steal from expensive driveways. I always flipped to production listings and called offices until finally I was hired at Tollin/Robbins Productions (Smallville, One Tree Hill) as an intern.

I moved on to work on two of their pilots as an office assistant before transitioning to Post Production work on several ABC Family shows and the Courteney Cox drama, DIRT.

My last entertainment job came as a Production Office Coordinator for Sidney Kimmel Entertainment (Lars and the Real Girl, Adventureland, Place Beyond the Pines) where I worked for over a year.

Now I spend most my time trying to convince my beautiful girlfriend that “struggling writers” are sexy. I haven’t had much luck.