Paso Robles News|Friday, January 28, 2022
You are here: Home » Community » Looking Back: Officials Take Stand Against ‘Free Water For The Asking’

Looking Back: Officials Take Stand Against ‘Free Water For The Asking’ 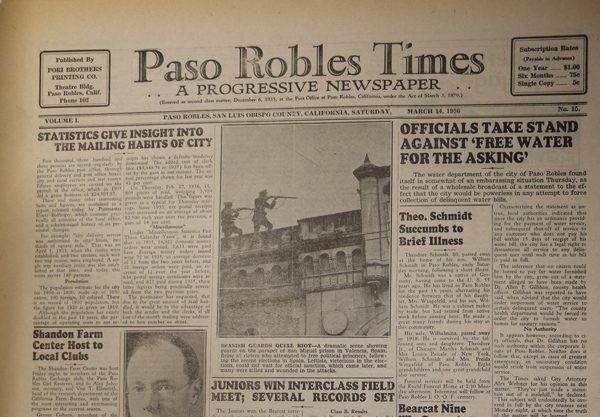 The water department of the city of Paso Robles found itself in somewhat of an embarrassing situation Thursday, as the result of a wholesale broadcast of a statement to the effect that the city would be powerless in any attempt to force collection of delinquent water bills.

Characterizing the statement as untrue, local authorities indicated that since the city has an ordinance providing for the payment of water service and subsequent shut-off of service to any customer who does not pay his bill within 15 days of receipt of his water bill, the city has a legal right to discontinue all service to any delinquent user until such time as his bill is paid in full.

The inference that no citizen could be forced to pay for water furnished him by the city, grew out of a statement alleged to have been made by Dr. Allen P. Gillihan, county health officer. Gillihan was reported to have said, when advised that the city would be ordering suspension of water service to certain delinquent users: ‘”The county health department would be forced to order the city to furnish water to homes for sanitary reasons.”

It appears however, according to city officials, that Dr. Gillihan has no such authority within the corporate limits of Paso Robles. Neither does it follow that, except in cases of greatest emergency. an unsanitary condition would result from suspension of water service.

The Times asked City Attorney Alex Webster for his opinion in this matter. “They’ve just made a mountain out of a molehill,” he declared. “This subject will undoubtedly be covered in full by the city trustees next Monday night, at which time the truth of the matter will be learned.”

“I will advise the trustee to go ahead with their intention of discontinuing service to overdue accounts, and to disregard Dr. Gillihan. He has absolutely no authority over our city.

“We have a city ordinance covering all phases of our water service, and I feel sure that if it became necessary, the Railroad Commission would back us up in our action, much the same as they would any privately owned utility.

Several of the councilmen, when approached with regard to the “‘free water for everyone who doesn’t choose to pay” story, discounted it in much the same manner as Mr. Webster. There is no reason, they said, why everyone should not pay alike for a similar service, and if it is found necessary to continue to furnish water where the user cannot pay for it, some other method of payment, perhaps through the county, will have to be found.

The city has been trying for some time to “clean up” a large number of past-due water accounts, and although on several occasions, the couna1 has ordered a more strict adherence to the ordinance, and a more frequent application of the shut-off rule, there has been comparatively little improvement shown. 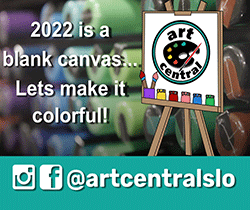